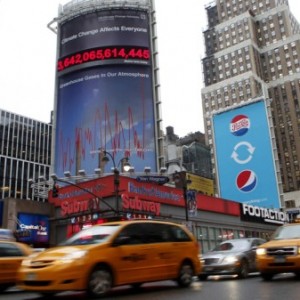 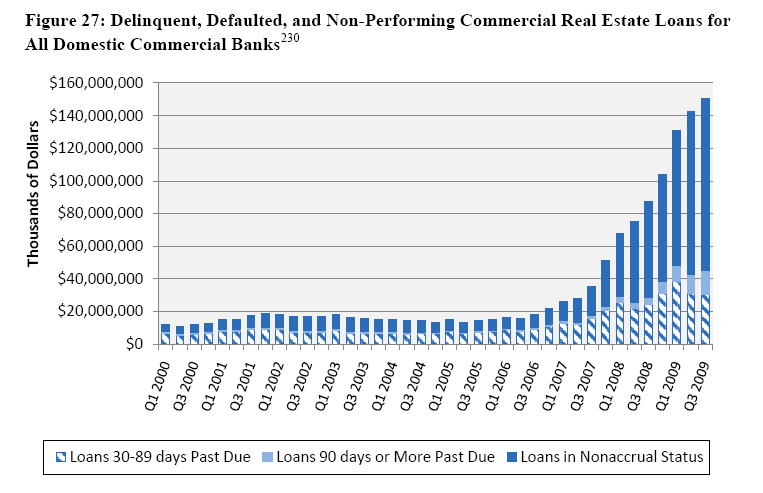 Does that look like things are getting better to you?

And unfortunately, all indications are that the commercial real estate market is going to get much worse.

According to Real Capital Analytics, the default rate for commercial property mortgages held by all U.S. banks more than doubled in the fourth quarter of 2009 and may reach a peak of 5.4 percent by the end of 2011.

But even that estimate may be way too conservative as we shall see in a moment.

According to a recent report by the Congressional Oversight Panel, approximately 3,000 U.S. banks are currently classified as having a risky concentration of commercial real estate loans.  All of them are small to mid-size banks which have been already severely weakened by the recent financial crisis.

So could the crisis in the commercial real estate market lead to a massive wave of failures among small and mid-size banks?

Are you starting to get the picture?

So how are banks responding to this commercial real estate quagmire?

They are rapidly raising loan standards and they are dramatically reducing the number of loans they are making. What is making things even worse is that owners of commercial real estate are starting to walk away from properties that are heavily “underwater” just as many residential homeowners have been doing.  This has caused default rates to start shooting through the roof.

One of the latest and most high profile commercial property owners to do this is Vornado Realty Trust.  Earlier this month Vornado indicated that it would walk away from two heavily underwater loans totaling $235 million.

In the past commercial property owners would be very hesitant to do such a thing, but the reality is that the stigma has faded for these kind of “strategic defaults”.  Just as with residential real estate, these kinds of defaults have almost become accepted practice now.

The number of defaults is likely to skyrocket even further with so many commercial real estate loans scheduled to rollover in the next few years.

You see, commercial real estate properties typically carry mortgages with lives of 5 to 10 years.  A vast array of commercial real estate loans made between 2000 and 2005 are coming up for a rollover, but because credit standards have tightened, borrowers may find that they simply do not qualify for refinancing.

In fact, a report entitled “Commercial Real Estate at the Precipice” estimates that even under lenient lending standards, approximately 57 percent of existing commercial real estate mortgages will not qualify for refinancing.

That is a nightmare.

But if you apply more conservative lending standards, it is estimated that almost two-thirds of all commercial real estate borrowers will not qualify for a rollover.

So what is going to happen to the U.S. commercial real estate market when large numbers of borrowers start walking away from their “underwater” loans and about half of those who want to rollover their loans don’t qualify for refinancing?

What do you think that is going to do to commercial real estate prices?

Somebody better do something, because both the commercial and the residential real estate markets in the U.S. face a crisis of unprecedented magnitude.

But most Americans still have no idea that the great economic machine that their forefathers built is falling to pieces all around them.  They would rather numb the pain by watching the latest episode of American Idol or by catching up on the latest round of celebrity gossip.

But that is not going to stop what is about to happen.